Have been spending a lot of the last week (and will spend most of the next week) making final revisions to the book before it gets set in stone in its final version.

Broke off from editing to attend the monthly Seven Towers open-mic last night as Cassidys of Westmorland Street which was well attended and featured some great contributions, with more prose than usual. As it was the last one of the year (none in December) I read the final pages of the book – appropriate both due to their November setting, and the fact that my first open-mic was in January where I read the first pages.

One year, and I’ve come full cycle through finding an agent, and getting the publication deal. I’m really looking forward to 2009 and all it holds.

Listening online to Geoff Rogers on Radio Jackie while writing this – Geoff and I go back a long, long way, but Jackie is a part of my past too, when I moved to London in 1984, it was a great pirate and a wonderful community station in South West London and it was both a companion and a local guide for me in my bedsit days.

Now it’s legal, but has lost nothing of its identity – listening this evening, with great music, truly local information and traffic and local presenters and ads, I might be back in that bedsit in Surbiton.

If you are any way interested in radio, or just want to hear what a truly local and community rooted yet commercial station should sound like, I’d urge you to give Jackie a listen, even for a couple of hours.

The wonders of modern technology that I can listen to Jackie in Dublin, you can listen to Phantom in London, and we can all listen to Caroline anywhere, and all with no skywave or fading.

Following on from the news that my book will be published in March 2009 by Liberties Press  I will be involved in two readings with Seven Towers during the next week, a special Christmas-themed reading in Killarney in support of AWARE, followed by the usual monthly writers open-mic “Last Wednesday” on November 26th at Cassidys of Westmorland Street, Dublin (7pm).

Details of the Killarney reading below. 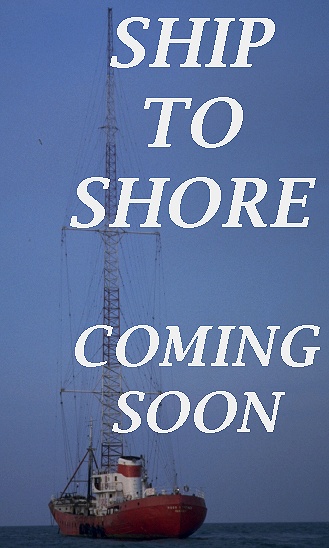 Finally, after several nail-biting weeks of discussions which I couldn’t mention here, the deal is done, and  I can tell you that the book I wrote about my time with Radio Caroline in its final years at sea is to be published by Liberties Press.

More details here over the next little while.

As promised this morning when standing in for Pearl on the Sunday Morning Coming Down slot on Phantom 105.2, below is the complete list of what was played on the show.

I must say, I really enjoyed getting the opportunity to show my more mellow side!

Belle & Sebastian – I Fought In A War

Beth Orton – She Cries Your Name

Gerry Stanek – They Know My Name

Judy Tzuke – For You

Reindeer Section – You Are My Joy

Kathleen Mock – They Took Me Away In A Station Wagon

Richard & Linda Thompson – The End Of The Rainbow

Great news from the latest audience figures, with Phantom continuing to gain ground (see details below).

Should have some interesting news of my own on here very shortly . .

13th November 2008 – The latest listenership figures released this afternoon confirm that here at Phantom 105.2 we have increased our daily audience by 27%*

“We are very happy with today’s results” said Ger Roe, Phantom’s CEO, “In July, we unveiled our new breakfast and morning schedule and the latest book clearly shows that Dubliners are making the switch to Phantom”

Phantom 105.2 plays the best in indie and modern rock and is available in Dublin on 105.2FM, DAB Digital Radio, nationwide on NTL/Chorus Digital channel 935 and online at http://www.phantom.ie

Along with my agent at Seven Towers, I’m continuing to work towards getting a publication deal for my book, which covers my involvment with Radio Caroline’s final years at sea in the late 1980s. I can’t comment on these discussions right now, but would hope to be able to announce some positive news in the near future.

Meanwhile tonight (Thursday 13th November 2008) I will be reading from the book at a Seven Towers event in Dublin city centre – details below. The theme is “Winter Chill” so I will be reading a short storm sequence.

Barbara Smith holds a BA Hons. Literature just completed, 2007; and will continue with Queen’s University Belfast, with a MA in Creative Writing. Her debut collection of poetry, Kairos, is just published by Doghouse Books. She has poetry and essays published widely and lives in Dundalk, with her partner and six children. Other publications include Poetic Stage (1998).Barbara blogs at http://intendednot2b.blogspot.com/

I’ll be taking a break this weekend, away from Dublin with my head buried in the book doing yet more edits, so I won’t be on-air with Phantom for the usual Random Access slot on Sunday.

However, the show will air with all the usual mix of your most wanted music, so no need to miss out!

Don’t forget, if you’re not able to pick us up on 105.2FM or DAB in the Dublin area, we’re worldwide via phantom.ie

In the old (pirate) Phantom studio

So, we have woken to the news of a new president elected in the USA.

This time, I’m listening in the comfort of my bed (on a day off from work today) but 8 years ago, telling the audience that George W Bush would become the new president was the very first thing that I ever did on Phantom.

I joined Phantom in November 2000, presenting the morning show, which up until that time had been automated back to back music (this was back in the pirate days when Phantom was live 4pm-11pm and automated the rest of the time).

In offering my services to Phantom, I had explained that I hadn not only presenting, but also news experience, and that in my opinion, for the morning show to be useful in attracting audience, it needed to have some news content. So I proposed, and we agreed on, a format with main news on the hour, headlines on the half hour, running from 7am to 9am, with all news written and presented by myself, as well as presenting the programme.

I was given a week’s trial, and the show went on to run successfully for a year and a half, until other commitments forced me to give it up and I moved to evening shows.

So on my very first day on Phantom, my very first words on air comprised the 7am news bulletin, the first story of which was to announce that after weeks of wrangling and legal challenges, a final court ruling had confirmed George W as president-elect overnight.

And here we are, 8 years later, another new president, and I’m still with Phantom, and still loving it.

It wasn’t specifically mentioned, but I guess I’ve passed the week’s trial?